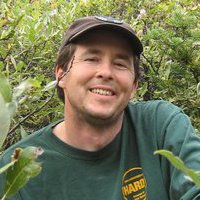 Last Sunday, I attended the “Celebration of Life” for Hardy Macia, former chair of the Vermont Libertarian Party and one of Vermont’s greatest Libertarian-activists. It was very moving to see so many people express how much he touched their lives.

I said a few words about Hardy. For those interested, I have posted a transcript below…

I knew Hardy for a short time when he lived here in Vermont and my involvement with him was through his political efforts.

I first met Hardy when he ran for governor. I was just learning about Libertarianism at the time and discovered the Libertarian Party in Vermont had a candidate for governor. I had contacted him by email I believe and then he surprised me by calling me and asking to meet at my home. I was so surprised at the offer. He had showed up that day and he explained a whole lot about the party and his campaign. Hardy was very straight-forward about how he felt about a variety of issues. It impressed my wife Heavenly and I so much we both got involved with his campaign and the party soon after.

Since then, I’ve witnessed him campaign and work so passionately for the cause of liberty for all. He showed much dedication and optimism in everything he worked on. Everyone seemed to like him, even those who didn’t agree his beliefs. People knew he was the real deal, even if they didn’t agree with his positions, they knew he was doing what he felt was right and they respected that.

He inspired me to run for local office myself and he was very helpful throughout the process and provided much support and encouragement.

You will be missed Hardy… may you rest in peace!