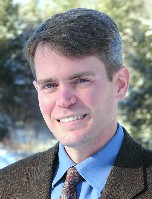 I recently read in Charity’s blog, that Rob Roper is running for chair of the Vermont Republican Party. I think it would be a great thing for the republicans to have him as their chair. I’ve met him and heard him speak several times and I agree with him on many issues.

Rob Rober currently serves as the director for Vermont FreedomWorks. Vermont Freedomworks fights for less government, lower taxes and more freedom in Vermont. Their mission is to turn ideas and policies into action. Those ideas can never succeed unless ordinary citizens are willing to stand up and fight for them. Their goal is to help ordinary citizens play a greater role in the government decisionmaking process, letting no cause involving their own rights and freedoms be lost by default.

I think that by having Rob as chair of the Vermont Republican party could help further the causes of liberty by hopefully holding elected republicans and future candidates to principles of less government, lower taxes and more freedom which the party used to stand for.