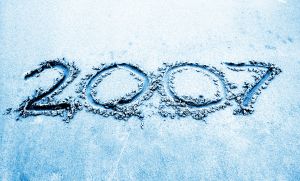 Wow, what a year 2006 has been… at the end of 2005 I had set out to complete some ambitious goals and did better than expected on most of them.

First, I had planned earlier in 2005 to run for city council here in Burlington. Even though I lost, I felt that Heavenly and I put more effort than I originally thought we would be capable of while sticking to my beliefs and principles the whole time no matter what pressure was put on me.

In regards to my career, both web development and online retail did very well in 2006 beating last year’s performance. We added about 13 new clients for web development, internet marketing and website hosting compared to 8 new clients last year. I still have yet to figure the final sales numbers for the retail websites I operate, but we had already beat last year’s sales by November!

This year was also a big year for my investments. I got more involved in investments this year. I’ve been dabling off an on for several years, but this year I devoted much more time and resources to analyzing and investing in the stock market and as most people know it was a very good year to be in the market, as it’s soared to all time high’s. Whether it can continue into 2007 as strongly may be another story.

Now it’s that time to review my goals and create new ones for 2007. when coming up with my yearly goals I first break them down into my roles in life which include personal goals and career goals.

When planning goals I create them with the following rules in my mind.

I find that sticking to these rules helps ensures success in completing any goals. Also, don’t beat yourself up if you don’t complete a goal completely. Simply revise or extend and work harder next year.