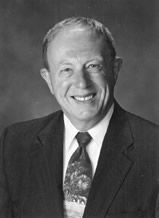 Many comments I have seen or heard have been against it. It appears to be yet another example of government going to far again in regulating our behavior, finding more ways to extract more money out of us (fines are proposed at $600 a pop) and “distracting” themselves from dealing with reducing the costs of government.

Below is a segment from an AP article regarding the bill:

“Emboldened by the passage of cell phone bans for drivers in some communities, states are turning their attention to other things that drive motorists to distraction.

Vermont lawmakers are considering a measure that would ban eating, drinking, smoking, reading, writing, personal grooming, playing an instrument, “interacting with pets or cargo,” talking on a cell phone or using any other personal communication device while driving. The punishment: a fine of as much as $600.”

I believe this bill could bring about all kinds of things being declared distractions such as kids or adult passengers talking, or how about music or talk radio?

Drivers have different levels of ability.  Some drivers can drive very well and handle a heavy level of distractions whereas others cannot.  To punish people for something that may happen doesn’t seem right.

It seems to me that the police can already pull people over if distractions are causing them to drive erratically and this they could be punished for.

Today, Charlie and Ernie had Thomas Koch on the show to discuss the bill and respond to callers…

Koch thought up the bill by him doing these things himself – such as eating big macs and drinking in his car. Also, his Wife told him that she saw someone playing a flute in the car. Koch said the problem is there are many people on the road not using common sense and its up to the government to do something about it.

Koch admitted that he has more people contact him that are opposed to it than supporting it. He also said that he doesn’t believe it will pass as is. If it does pass, it will be ammended. Koch criticized the media stressing it as a done deal, which it isn’t.

Koch wanted to at least raise the question. A bill is just a suggestion, a means to getting a question asked and discussed. He hopes that at least there’s more awareness of the problems. He used an example of an incident where a driver spilled some coffee and while dealing with that hit a pedestrian. People tell him that “accidents happen”… get over it. Koch said “tell that to the family of the pedestrian”.

Charlie said that the risk of this bill becoming law is that police will make more assumptions. When there’s a traffic problem, police will automatically put the blame on the driver that is drinking a cup of coffee for example, just as police automatically assumed his son was speeding when he rear-ended someone when it was raining. The police said that because it’s raining he must have been speeding, but had no proof. Charlie fears that this bill will expand these assumptions. Koch admited that this is the first time this problem had ever crossed his mind.

Koch did not put the $600 figure in the bill… that was added later by someone else. He didn’t think that it should be that much.

A caller suggested that it sounds like we’re in the soviet union… government is going to far. Koch responded that maybe we are going to far… but its important to have the discussion to make roads/highways safe.

Another caller suggested that Koch is proposing this to get attention as other legislators such as Ginney Lions. Koch responded saying that he never asked for the media attention on this bill and it wasn’t his intention.