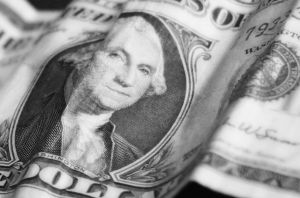 Bush’s stimulus plan includes tax rebate of $300-$1200 for most households. The IRS estimates that more than 130 million Americans will benefit from this plan.

While I applaud the government giving us back our money, we will need to pay it back later as it will add another $150 billion dollars to our national debt. It would be better if the plan included cuts to the budget to compensate for this, instead of further increasing the size of the budget.

However, the goal of the plan is not to reduce the size of government and to give us back our money, it’s to stimulate the national economy.  It is their hope that people will take the money and run out and buy a bunch of stuff they wouldn’t usually buy. However, I believe that the economy will most likely be improving by the time the money is dispersed like the last time the government gave a tax rebate so it won’t really matter anymore by the time it comes, but I’m sure they will take credit for it.

If the government really wanted to make a difference that would stimulate the economy for the long term, they should make it easier for people to participate in the economy…

2. Remove trade barriers that prevent free trade with other nations.

Of course in order to lower taxes, the government should reduce spending so that taxes don’t need to be increased in the future on us or our children.

However, I don’t see this happening anytime soon with our current administration and I wouldn’t expect much from Obama, Clinton or McCain (one of which is most likely going to be our next president).

Personally, I plan on using the tax rebate to increase my investments, which will help provide capital to businesses who will use the money to invest in more products/services.

How do you plan on using your tax rebate?
(Feel free to use the comments to post what you plan to do with yours)

File Your Taxes for Free with TaxFreedom.com Why I’m Voting No on the Moran Plant Question