Why I’m Voting No on the Moran Plant Question 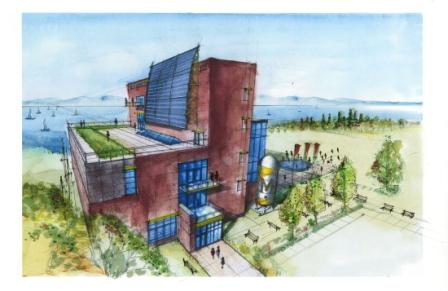 I am not comfortable with the current Moran Plant proposal on the city ballot, which is a $21 million project including:

First, let me state that it doesn’t really matter to me what happens to the land/moran plant building itself. I personally feel that there is already plenty of green space on the waterfront, parks and other recreation in Burlington. I would know, as I spend many hours during the summer months at various parks and the waterfront biking, walking, swimming, playing Tennis and basketball, and picnicking. I don’t feel that there isn’t enough room for me or anyone else to do what they want to do, when they want to.

My concern with the project is the financing and government management of the project. It appears that the financing is shaky. Bill Keogh, who has opposed the project, has cited that the federal government doesn’t intend to provide around 7 million that would be needed from them in order to complete the project. Nothing is set in stone regarding who pays if goals are not met and we are talking about a lot of money here and now is really not the time for the city to be risking more of our money in big development schemes. We already have Burlington Telecom and Burlington Electric that are on shaky financial ground and need to be managed to sustainability.

Then, there’s the fact that the government really shouldn’t be in the business of starting and running businesses. It is simply not there place in my mind. I do not believe that the council is qualified enough to manage big real estate development deals such as this as the last I knew, no one on the city council is currently a real estate developer or in the hospitality, entertainment or property management industries.

I appreciate Kurt Wright’s motives for supporting the project when he says that it will help boost the local economy by creating jobs and making the waterfront a more enticing place for people to frequent, which should help reduce the property tax burden on residents in the future. However, I don’t believe the city council members are qualified enough in real estate development to manage a project of this size, nor is it there job to do so, especially when there is already a lot on their plate with current financial obligations and deteriorating city infrastructure.

I would much prefer the city council to sell the land to the players involved and let them take the burden of financing and developing the project. The city then would be free from burden of this property and be able to collect property taxes on revenue generated by it. This would have a similar affect as the current proposal, but without the burdens of managing it and the financial risks.

Again, my beef is not with the project, just the city managing and financing it. I know that some will argue that the city cannot transfer the land under land trust rules, but when have the rules stopped the city or the state from doing as they pleased… they break the rules all the time. The only time they care about the rules is when they can be used to benefit their cause. Remember, the reason we had the zoning rewrite was to better represent our current development in Burlington, meaning that the city has not been following the zoning laws in approval of development projects for years!