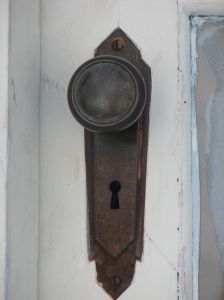 It seems to me that when the people say they want affordable housing they really mean housing that’s affordable which is a home or apartment where they can live that is within their financial means. It seems that Burlington and other similar cities intend the solve the problem by building more and more “NEW” affordable housing. I really don’t understand how you can “BUILD” a new affordable home/ apartment building. The only affordable homes are used/older homes… this is the way it has always been.

Just like with cars, for me personally, there’s no such thing as an affordable “NEW” car… only affordable “USED” cars. Both of the cars I have purchased have been used and probably any future cars will be used. My home is also used… my previous apartments I lived in were used and very, very old. As a result it was quite cheap, which allowed me to save money to buy my current home in Burlington.

Therefore, they should be less restrictive with what kinds of homes are built. Let developers build the big expensive homes… as people move into these expensive new homes they will leave older and more affordable homes behind.

Of course, cities like Burlington try to make building new affordable housing work by taking taxpayer money to subsidize these housing units and/or giving section 8 vouchers which essentially set a floor of $900/month per housing unit as that is how much the voucher is willing to pay for for an apartment. Which it seems to me just increases the problem because if a landlord is approved for section 8 housing and they know they can charge up to $900/month… are they going to charge $600, $700, or $800… of course not, they will charge the full $900 and therefore the new market rate for a 2 bedroom is set at $900 which then causes more people to signup for section 8 vouchers because their rent has increased to $900 and they can no longer afford it. Also, how is this fair to someone who earns the same or less than someone on section 8, but managed to spend their money more wisely and saved enough to buy their own place and then doesn’t qualify for section 8… should they have bothered to save or work harder?  Should they have just spent all their money and got the voucher so they can get a place for $25 to $200/month? I think programs like this can cause more harm than good when they cause friction between low-low income and high-low income/low-medium income people.

When I campaigned for city councilor of Ward 7 here in Burlington, I argued for reducing the regulations and property taxes in order to make both rental units and home-ownership more affordable.

I explained that excessive regulation, the recent reappraisal, and excessive property taxes have caused the high housing costs. The regulations make it too hard to build enough housing in Burlington. Regulations make the too few permitted units much more expensive, driving up costs. The Burlington Housing Authority staff themselves have been quoted as saying that they wouldn’t own rental property in Burlington because the city makes it so hard for landlords.

I mentioned before that I spent several years in a town very similar to Burlington, except it had less code enforcement, housing regulation and property taxes. The rents were the lowest I’ve ever seen. Landlords and tenants got along just fine as there was plenty of competition for tenants. I was able to rent a unit for $235/month, with all utilities included. Where there is more competition like this. Landlords often advertise “move-in specials,” where rent is reduced for the first month or they will even pay for your moving expenses. I think that Burlingtonians should have the same opportunities.