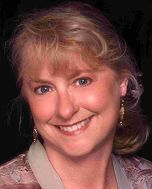 “Burnet, TX – Two months ahead of its national convention in Denver, the Libertarian Party’s already crowded field of candidates grew by one on Friday as Dr. Mary J. Ruwart announced her candidacy for the LP’s 2008 presidential nomination. Responding to an informal draft effort conducted by party activists, the author of Amazon.Com #1 bestseller Healing Our World in an Age of Aggression launched her campaign web site and announced plans to begin addressing state party conventions and other political events with the intent of challenging Republican candidate John McCain and the Democratic Party’s as yet unnamed nominee for the support of America’s voters.”

Read the complete release at: http://votemary2008.com/node/16